This article is published in the May 2018 issue.

Beginning July 1, the new members will each serve three-year terms. The CCC Council is comprised of 20 members who have expertise in diverse areas of computing. They are instrumental in leading CCC’s visioning programs, which help catalyze and enable ideas for future computing research. Members serve staggered three-year terms that rotate every July.

The CCC and CRA thank those Council members whose terms end on June 30 for their exceptional dedication and service to the CCC and to the broader computing research community:

The CCC encourages participation from all members of the computing research community in our various activities. Each fall, the CCC issues a call for proposals for visioning activities. Each spring, the CCC issues a call for nominations for Council members effective the following July. For more information, please visit the CCC website or contact Dr. Ann W. Drobnis, CCC Director, at adrobnis@cra.org. 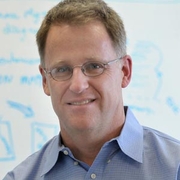 Ian Foster is Distinguished Fellow and director of the Data Science and Learning Division at Argonne National Laboratory. He is also the Arthur Holly Compton Distinguished Service Professor of Computer Science at the University of Chicago. Ian received a BSc (Hons I) degree from the University of Canterbury, New Zealand, and a PhD from Imperial College, United Kingdom, both in computer science. His research deals with distributed, parallel, and data-intensive computing technologies, and innovative applications of those technologies to scientific problems in such domains as climate change and biomedicine. His Globus software is widely used in national and international cyberinfrastructures. Foster is a fellow of the American Association for the Advancement of Science, the Association for Computing Machinery, and the British Computer Society. His awards include the Global Information Infrastructure Next Generation award, the British Computer Society’s Lovelace Medal, the IEEE’s Kanai award, and honorary doctorates from the University of Canterbury, New Zealand, and the Mexican Center for Research and Advanced Studies of the National Polytechnic Institute (CINVESTAV). He was a co-founder of Univa, Inc., a company established to deliver grid and cloud computing solutions.

David C. Parkes is the George F. Colony Professor of Computer Science in the Paulson School of Engineering and Applied Sciences at Harvard University, where he founded the EconCS research group and leads research with a focus on artificial intelligence, machine learning, and economics. He is co-director of the Harvard University Data Science Initiative, a faculty co-lead for planning the expansion of the Paulson school into the Allston campus, and was Area Dean for Computer Science, 2013-2017. Parkes served on the inaugural panel of the “Stanford 100 Year Study on Artificial Intelligence,” co-organized the 2016 OSTP Workshop on “AI for Social Good,” and served as chair of the ACM Special Interest Group on Electronic Commerce (2011-16). Parkes is Fellow of the Association for the Advancement of Artificial Intelligence (AAAI), and recipient of the 2017 ACM/SIGAI Autonomous Agents Research Award, the NSF Career Award, the Alfred P. Sloan Fellowship, the Thouron Scholarship, and the Roslyn Abramson Award for Teaching.  Parkes has degrees from the University of Oxford and the University of Pennsylvania, serves on several international scientific advisory boards, and is a technical advisor to a number of start-ups. 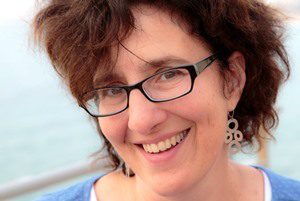 Ronitt Rubinfeld is a professor in the Department of Electrical Engineering and Computer Science and a member of the Computer Science and Artificial Intelligence Laboratory at MIT. Ronitt is also on the faculty of the Computer Science Department at Tel Aviv University. Ronitt’s main research area is the study of algorithms which run in sublinear time.  Ronitt received her PhD from the University of California, Berkeley in 1991.  Prior to her position at MIT, Ronitt was on the faculty at Cornell University and at NEC Research Labs.  She was an ONR Young Investigator, a Sloan Research Fellow, the 1995 Cornell Association for Computer Science Undergraduates Faculty of the Year, and a recipient of the Cornell College of Engineering Teaching Award.  Ronitt has given an invited lecture at the International Congress of Mathematicians in 2006, and is an ACM Fellow. 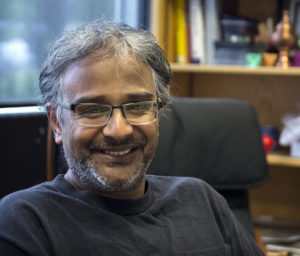 Suresh Venkatasubramanian is a professor at the University of Utah. His background is in algorithms and computational geometry, as well as data mining and machine learning. His current research interests lie in algorithmic fairness, and more generally the problem of understanding and explaining the results of black box decision procedures. Suresh received a CAREER award from the NSF for his work in the geometry of probability, as well as a test-of-time award at ICDE 2017 for his work in privacy. His research on algorithmic fairness has received press coverage across North America and Europe, including NPR’s Science Friday, NBC, and CNN, as well as in other media outlets. He is a member of the board of the ACLU in Utah, and is a member of  New York City’s Failure to Appear Tool (FTA) Research Advisory Council.

Learn more about the CCC Council and its members on our webpage!

About 1 in 3 Underrepresented Minority Students and Students with Disabilities...
Scroll to top
We use cookies to understand how you use our site and to improve your experience. By continuing to use our site, you accept our use of cookies.Accept Read More
Disclaimer
Privacy Overview